Monte Shoemaker attended Florida Technological University, now known as the University of Central Florida earning a Bachelor of Arts in Communication and enrolled in the Master of Arts in Communication program.  He attended Stetson University College of Law where he graduated with honors and received his Juris Doctorate degree. He has represented injured employees since 1987. Until 1989, he was a member of a large Orlando firm where he represented insurance companies, victims of injury caused by negligent acts of others, injured employees in workers’ compensation disputes, and defended various governmental organizations. On April 15, 1989, he opened this firm, he has limited his practice to representing injured employees and legal matters relating to accidents and injuries. During his career, he has handled thousands of cases before Judges of Compensation Claims, Florida Circuit Courts, Federal District Court, one successful appeal to the 11th U.S. Circuit Court of Appeals, nearly 60 appeals to Florida’s 1st District Court of Appeals, and two cases before Florida’s Supreme Court. He is a member of The Florida Bar and the Seminole County Bar Association and in 2013 became a member of the Million Dollar Advocates Forum.

Monte is no stranger to hard work, and understands the difficulties people face when they are, or a family member is, injured or dies. Monte began working early in life and has not been without a job since. He has delivered newspapers, worked on farms, carpentry, welding, freight dock and a variety of other kinds of work, all while in high school, college and law school.  Because of his background, Monte has keen insight into the problems accidents, injuries and death can cause for a family, and he is staunch in his commitment to ensure that injured employees are treated with the dignity and respect they deserve. He also is committed to securing the benefits to which his clients are entitled and to protecting his clients’ rights under the law.

The hiring of a lawyer is an important decision that should not be based solely upon advertisements. Before you decide, contact us to ask about our qualifications and experience. This web site is designed for general information only. The information presented at this site should not be construed to be formal legal advice or the formation of a lawyer/client relationship. 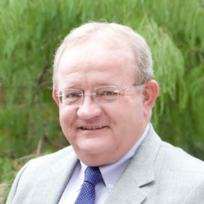 Kellye Shoemaker received her undergraduate degree from the University of Central Florida in 1999.  She then attended a Top 50 law school, the University of Florida, Levin College of Law where she received her Juris Doctorate degree in 2002.  During law school, Ms. Shoemaker served as a teachers' assistant for Legal Research and Writing.  Ms. Shoemaker was admitted to the Florida Bar in 2003. Ms. Shoemaker practices in the areas of Personal Injury and Workers’ Compensation. She is a member of The Florida Bar, the Seminole County Bar Association, the Orange County Bar Association, the Florida Justice Association, Central Florida Trial Lawyers Association, the Hispanic Bar Association of Central Florida and Workers' Injury Law and Advocacy Group. Kellye is a longtime member of the Friends of 440 Scholarship Fund, Orlando Chapter, which raises money to provide scholarships for children of injured workers. In 2015 Ms. Shoemaker was initiated into The Judge William Wieland Inn of Court.  The Mission of the Inns of Court is to foster excellence in professionalism, ethics, civility, and legal skills.  Ms. Shoemaker became a member of the Million Dollar Advocates Forum in 2013.

Kellye is a zealous advocate, willing to go the extra mile to help her clients seek justice!  During her career, Ms. Shoemaker has handled thousands of cases before Judges of Compensation Claims, Florida Circuit Courts, Federal District Court, and Florida’s 1st District Court of Appeals. 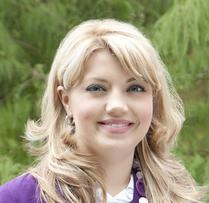